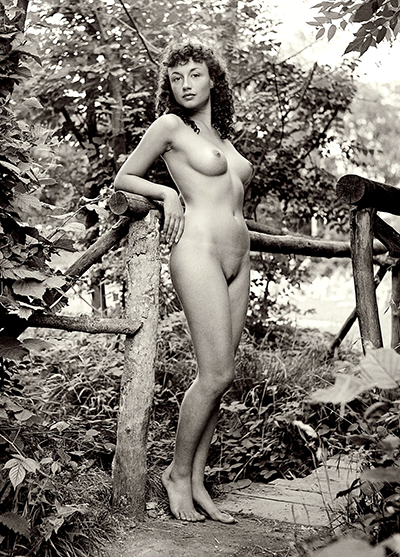 The Hungarian photographer Stephen Glass is something of an enigma. He was sufficiently well-known during the 1950s for his name to be prominently displayed on magazine covers, but very little was written about him or his work at that time. Like his brother Zoltán (also a photographer) he fled continental Europe in the 1930s and ended up in London where he had a photography studio just off the Kings Road in Chelsea. Stephen carved out a name for himself, taking pictures for such publications as Health and Efficiency. His work also graced a series of small books published by The Naturist Ltd, such as Sussex Maidens (1949), The Pool of Enchantment (1950) and Nudist Life in Spielplatz (1956).